A street-racer must evade an army of cops and bounty hunters to enter a prestigious race. 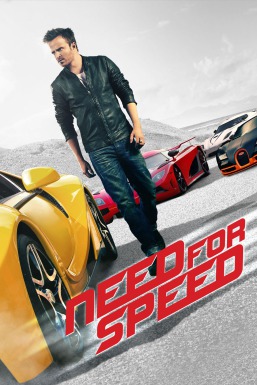 Tobey Marshall (Aaron Paul), a mechanic, races muscle cars in an underground circuit. Struggling to keep his business afloat, he reluctantly partners with wealthy but treacherous Dino Brewster (Dominic Cooper). However, Dino frames Tobey for a crime that sends him to prison. Two years later, Tobey is out and bent on revenge; his only chance to take down Dino is to beat him in a high-stakes race. But to get there in time, he must successfully evade an army of cops and bounty hunters.