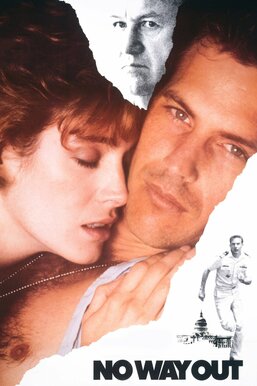 Navy Lt. Tom Farrell (Kevin Costner) meets a young woman, Susan Atwell (Sean Young), and they share a passionate fling. Farrell then finds out that his superior, Defense Secretary David Brice (Gene Hackman), is also romantically involved with Atwell. When the young woman turns up dead, Farrell is put in charge of the murder investigation. He begins to uncover shocking clues about the case, but when details of his encounter with Susan surface, he becomes a suspect as well.