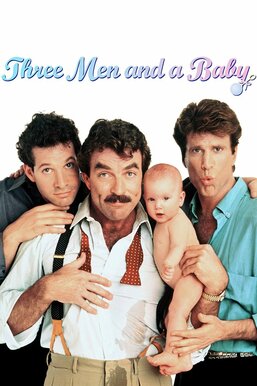 New York City roommates Peter (Tom Selleck), Michael (Steve Guttenberg) and Jack (Ted Danson) are all successful and happily unmarried, but Peter and Michael get the surprise of a lifetime when a young woman abandons an infant in front of their loft. They also receive a letter stating that the child, named Mary, belongs to Jack, but he's away on business. Michael and Peter are then forced to care for Mary -- and though they make hopeless babysitters, they soon become quite attached to the girl.