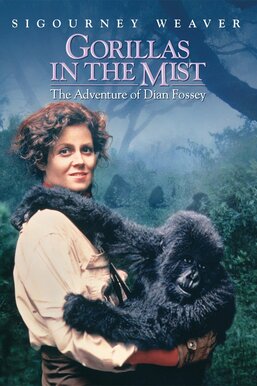 This film is an adaptation of wildlife expert Dian Fossey's autobiography. Midwesterner Fossey (Sigourney Weaver) leaves the United States for Africa, where she studies the gorillas of Rwanda and Uganda. As Fossey develops a bond with the animals, she also becomes wary of the poachers who prey on them. Fearing that the gorillas will go extinct if humans continue to hunt them, she organizes a defense league to protect the animals; in doing so, though, she puts herself in a perilous situation.