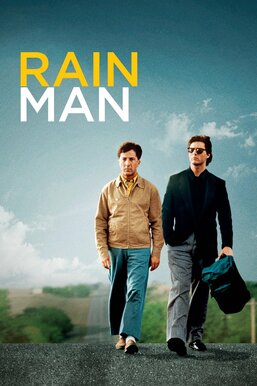 When car dealer Charlie Babbitt (Tom Cruise) learns that his estranged father has died, he returns home to Cincinnati, where he discovers that he has an autistic older brother named Raymond (Dustin Hoffman) and that his father's $3 million fortune is being left to the mental institution in which Raymond lives. Motivated by his father's money, Charlie checks Raymond out of the facility in order to return with him to Los Angeles. The brothers' cross-country trip ends up changing both their lives.