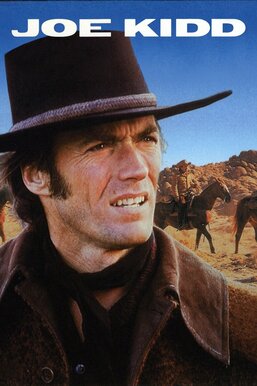 In New Mexico, one-time bounty hunter Joe Kidd (Clint Eastwood) owns a ranch where a nearby group of Mexican revolutionaries, led by Luis Chama (John Saxon), fights for their rightful land after the U.S. government denies their claims. In response, a greedy landowner (Robert Duvall) gathers a posse to capture Chama and solicits Kidd's assistance. Kidd, who has no interest in the matter, changes his mind when he discovers Chama has stolen a horse and roughed up a worker from his ranch.