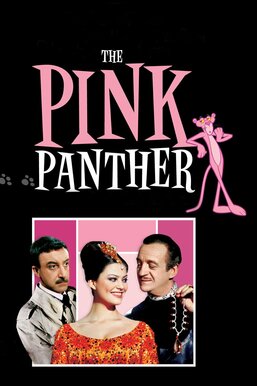 In this first film of the beloved comic series, dashing European thief Sir Charles Lytton (David Niven) plans to steal a diamond, but he's not the only one with his eyes on the famous jewel known as the "Pink Panther." His nephew George (Robert Wagner) also aims to make off with the gem, and to frame Charles for the crime. Blundering French police inspector Jacques Clouseau (Peter Sellers) intercedes, but finds his career -- and his freedom -- jeopardized.