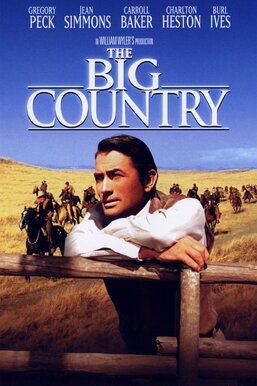 Retiring to the American West to marry his fiancée, Patricia Terrill (Carroll Baker), Captain James McKay (Gregory Peck) enters a land-and-water feud between his future father-in-law, Major Terrill (Charles Bickford), and the rough and lawless Hannassey family, led by Rufus (Burl Ives). McKay prefers peace between himself and the Hannasseys, who repeatedly attempt to provoke violence. But his steadfast demeanor only angers his fiancé and Major Terrill, who won't settle for truces.