Puerto Rican widower (Alan Arkin) schemes to get sons out of Spanish Harlem. 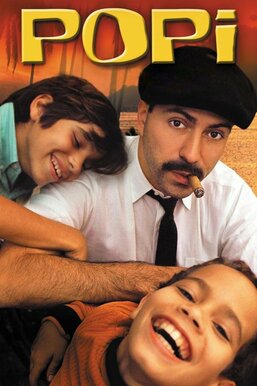 Genial Puerto Rican widower Abraham Rodriguez (Alan Arkin), known as "Popi" to his preteen sons, grapples with poverty and hardship in their Spanish Harlem neighborhood. Desperate to provide his sons every opportunity to succeed, and noting the reverence with which Americans treat Cuban immigrants, Popi lights upon a wild scheme. He sets his boys afloat in a boat off the coast of Florida, confident that they will be "rescued" as Cuban refugees and adopted by wealthy patrons.