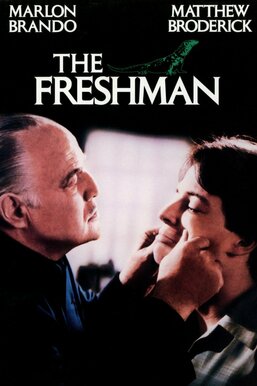 Clark Kellogg (Matthew Broderick) is robbed moments after arriving in New York, so when he sees his mugger several days later, he confronts him. The man promises to return his property and get him a job with his uncle, Carmine Sabatini (Marlon Brando), who turns out to be a Mafia boss. As Clark continues his shady work for Carmine, he discovers an elaborate underworld that has caught the attention of the authorities. As things come to a head, not everything is what it seems.