A young soldier and his squad receive a hero's welcome after a fierce battle during the war in Iraq. 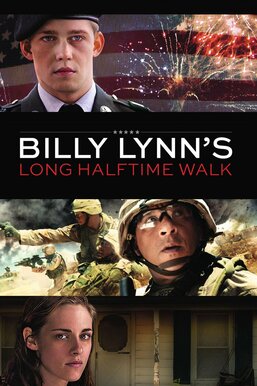 Nineteen-year-old private Billy Lynn (Joe Alwyn), along with his fellow soldiers in Bravo Squad, becomes a hero after a harrowing Iraq battle and is brought home temporarily for a victory tour. Through flashbacks, culminating at the spectacular halftime show of the Thanksgiving Day football game, what really happened to the squad is revealed, contrasting the realities of the war with America's perceptions. Based on the novel by Ben Fountain.