A regular guy from America becomes king of England after a royal wipeout puts him next in line. 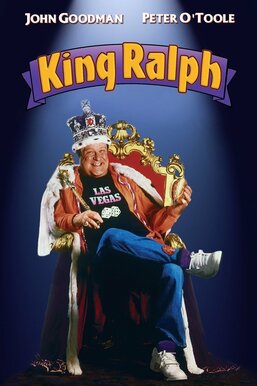 When the royal family is accidentally killed, the heir to the throne proves to be a loutish American named Ralph Jones (John Goodman). Overnight, Ralph goes from sleazy Las Vegas lounge singer to King of England, and it's royal secretary Cedric Willingham's (Peter O'Toole) job to try to civilize him. But it's not easy weaning Ralph off of fast food, and even harder keeping him away from a kindly stripper (Camille Coduri). Meanwhile, the next would-be heir (John Hurt) plots Ralph's demise.