The fate of a dead yuppie (Albert Brooks) depends on a video review of his life at Judgment City. 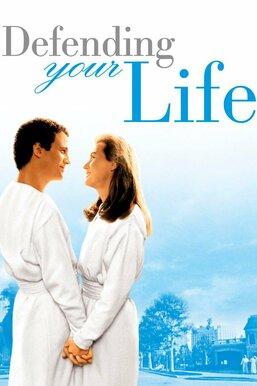 Daniel Miller (Albert Brooks) isn't having a good week. For starters, he died after he got hit by a bus. Then he discovers that in the afterlife he must defend his actions on Earth in order to ascend to a higher plane of existence. While awaiting judgment, he falls in love with Julia (Meryl Streep), whose near-perfect life on Earth seemingly makes her a shoe-in for ascension. However, Daniel's actions in his lifetime might not be enough for him to move on.