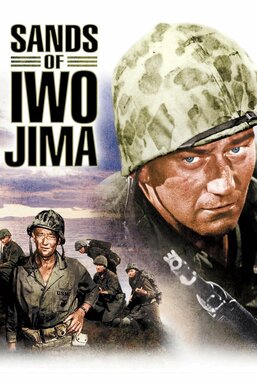 Marine Sgt. John Stryker (John Wayne) is despised by his own men for his rough attitude and exhausting training regimen. As the war in the Pacific progresses, though, they begin to respect Stryker's hard-edged outlook on war and his brutal training methods, as it has helped them prepare for the harsh realities of the battlefield. They'll need all of Stryker's battle tactics if they want to survive what will end up being one of the bloodiest engagements of the war: the Battle of Iwo Jima.