A gumshoe (Fred Ward) must find a black-magic book, or the world may end. 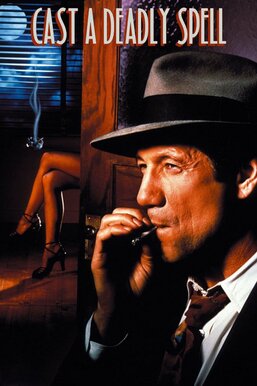 In a 1940s Los Angeles from another dimension, the entire population has supernatural abilities, save for sleuth Harry Philip Lovecraft (Fred Ward). The strange but affluent Amos Hacksaw (David Warner) trusts Lovecraft because of his distaste for magic, and he recruits the private eye to track down an ancient text. Harry's seemingly straightforward task becomes complicated when he realizes that the object of his mission contains curses that Hacksaw hopes to use for world domination.