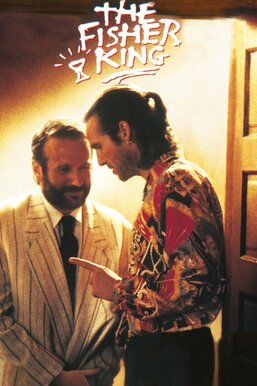 After shock jock Jack Lucas (Jeff Bridges) inadvertently provokes a caller into murdering a group of innocent people in a Manhattan bar, he grows depressed and turns to booze. As he's about to hit rock bottom, Lucas meets a homeless man named Parry (Robin Williams), whose wife was killed by the caller Lucas pushed to the brink. Mentally scarred by his loss, Parry spends his days searching for the Holy Grail. Lucas, feeling culpable for the poor man's plight, pledges to help him in his quest.