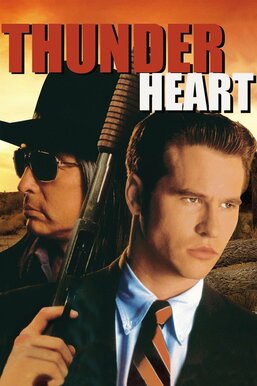 When a series of murders stuns a small Native American reservation, the FBI sends in agent Ray Levoi (Val Kilmer) to investigate. While Ray is relatively inexperienced, he is one quarter Sioux, and the FBI hopes that will make it easier for them to gather information from the locals. While the reservation police officer (Graham Greene) views the agent as an outsider, the tribal elder (Chief Ted Thin Elk) believes him to be the reincarnated spirit of Thunderheart, a Native American hero.