A pacifist who witnessed a gangland murder is forced to put his martial-arts training to use. 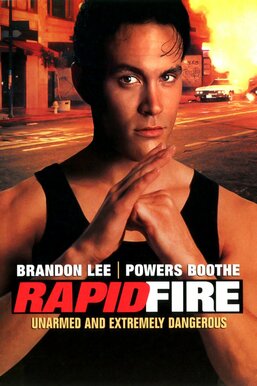 At a dinner party, art student Jake Lo (Brandon Lee) sees mafia gangster Antonio Serrano (Nick Mancuso) murder his Chinese rival, Carl Chang (Michael Paul Chan). Jake is assigned to the custody of corrupt FBI agent Frank Stewart (Raymond J. Barry) until he can testify, but he quickly realizes he is in danger and escapes. After being won over by honest policeman Mace Ryan (Powers Boothe), Jake agrees to team up with Ryan to bring down both the Italian and Chinese gangs.