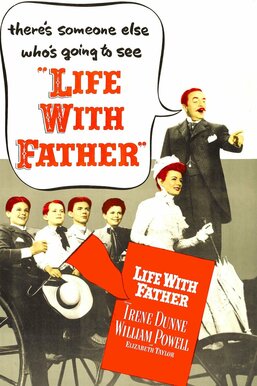 In late 19th-century New York City, stockbroker Clarence Day (William Powell) strives to maintain order in his bustling household. Despite his attempts to be the chief authority over his four sons, his wife, Vinnie (Irene Dunne), is the one who truly keeps order in their home, much to Clarence's chagrin. To gain more respect, Clarence reluctantly considers making changes that will benefit everyone, including his own baptism. This slice-of-life comedy was based on a popular Broadway play.