Based on the true story of an Arizona lumberjack who claimed to have been abducted by aliens. 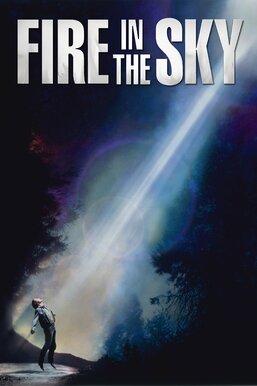 In 1975, a group of five men are driving home after working in a forest when they see a mysterious light. Intrigued, Travis Walton (D.B. Sweeney) leaves the truck -- only to be sucked up by a flying saucer. The other four men report the strange event, but they are skeptically interrogated by Lt. Frank Watters (James Garner), who suspects that murder is behind Walton's disappearance. When Walton reappears five days later, his story of alien abduction is met with disbelief.