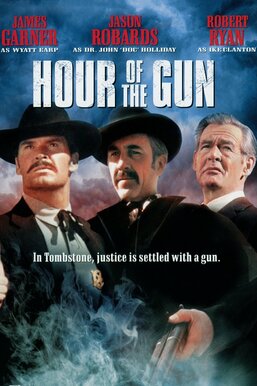 While the Earp brothers may have won the gunfight at the O.K. Corral, they didn't escape unscathed for long. Seeking revenge over their fallen comrades, members of the Clanton gang go after the Earp family, gunning down both Virgil and Morgan Earp. But they don't succeed at getting Wyatt (James Garner). Now it's his turn to seek revenge. With Doc Holliday (Jason Robards) by his side, Wyatt forms a posse, and they won't rest until every member of the Clanton gang is dead.