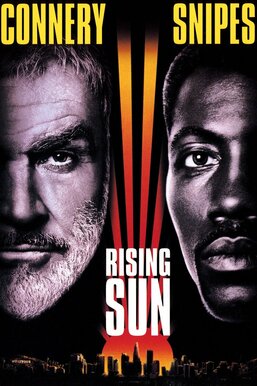 When a prostitute is found dead in a Los Angeles skyscraper occupied by a large Japanese corporation, detectives John Conner (Sean Connery) and Web Smith (Wesley Snipes) are called in to investigate. Although Conner has previous experience working in Japan, cultural differences make their progress difficult until a security disc showing the murder turns up. Close scrutiny proves the disc has been doctored, and the detectives realize they're dealing with a cover-up as well.