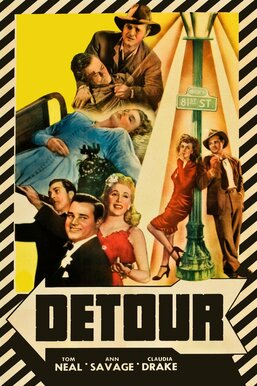 In New York, piano player Al Roberts (Tom Neal) laments when his singer girlfriend, Sue Harvey (Claudia Drake), leaves for Hollywood, Calif. When Al gets some money, he decides to hitchhike to California to join Sue. In Arizona, Al accepts a ride with Charles Haskell (Edmund MacDonald), but during a storm in a freak accident, Haskell is killed. Frightened, Al assumes Haskell's identity and car, but soon comes upon the mysterious Vera (Ann Savage), who seems to know all about his true identity.