A caseworker tries to save an exiled woman and her son from a futuristic colony known as New Eden. 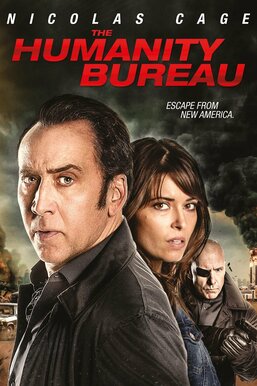 In the near future, global warming turns parts of the American Midwest into a desert. In its attempt to take hold of the economic recession, a government agency called The Humanity Bureau exiles members of society deemed unproductive and banishes them to a colony known as New Eden. An ambitious and impartial caseworker Noah Kross investigates a case appealed by a single mother and her son. Knowing the unjust fate of the innocent boy, Kross sets off to save the lives of the mother and child.