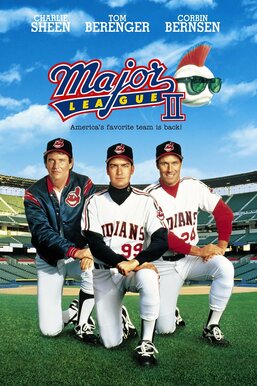 The Cleveland Indians, an endearing assortment of oddballs who improbably won the division championship last season, have since lost their edge due to personal pursuits and the excesses of fame. Rick "Wild Thing" Vaughn (Charlie Sheen) does lucrative endorsements, but his killer fastball is gone, while once-aggressive slugger Pedro Cerrano (Dennis Haysbert) has become a laid-back Buddhist. But, as the players realize they've all gone astray, they rally for a shot at the World Series.