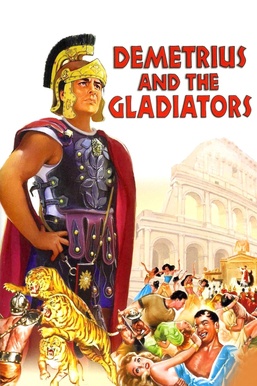 In this sequel to "The Robe," the corrupt emperor Caligula (Jay Robinson) believes that the sacred robe of Christ has magical powers, and will stop at nothing to obtain it. When Demetrius (Victor Mature) refuses to help Caligula find the holy object, Caligula has him arrested and forces him to fight in the arena in battles to the death. As Demetrius faces trial after trial, his faith in Christ is pushed to its limits, as he sees no point in the endless suffering he is forced to endure.