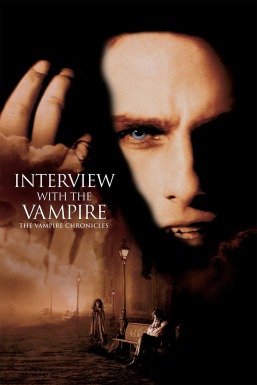 Born as an 18th-century lord, Louis is now a bicentennial vampire, telling his story to an eager biographer. Suicidal after the death of his family, he meets Lestat, a vampire who persuades him to choose immortality over death and become his companion. Eventually, gentle Louis resolves to leave his violent maker, but Lestat guilts him into staying by turning a young girl -- whose addition to the "family" breeds even more conflict.