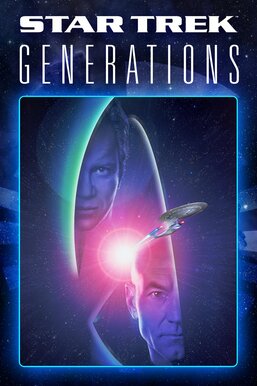 In the 23rd century, the Starship Enterprise is dispatched to the scene of a giant energy field about to engulf two ships. Capt. Kirk (William Shatner) averts calamity, but is exposed to the field and presumed dead. Years later, the Enterprise's new commander, Capt. Picard (Patrick Stewart), learns that one of the disaster's survivors, Dr. Soran (Malcolm McDowell), plans to enter the field by destroying a neighboring star. Picard now must collaborate with an unlikely ally in order to stop him.