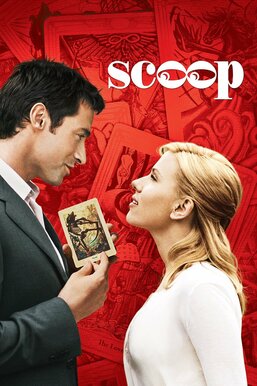 Even in death, British reporter Joe Strombel (Ian McShane) is dedicated to completing his final piece on London's notorious Tarot Card Killer, and American journalism student Sondra Pransky (Scarlett Johansson) discovers during a magician's (Woody Allen) performance that she can communicate with Joe. He hands her the story of a lifetime, and the chase leads directly to British aristocrat Peter Lyman (Hugh Jackman), with whom she has fallen dangerously in love.