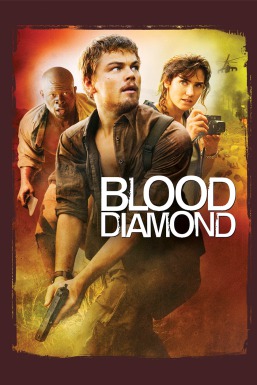 As civil war rages through 1990s Sierra Leone, two men, a white South African mercenary (Leonardo DiCaprio) and a black Mende fisherman (Djimon Hounsou), become joined in a common quest to recover a rare gem that has the power to transform their lives. With the help of an American journalist (Jennifer Connelly), the men embark on a hazardous trek through rebel territory to achieve their goal.