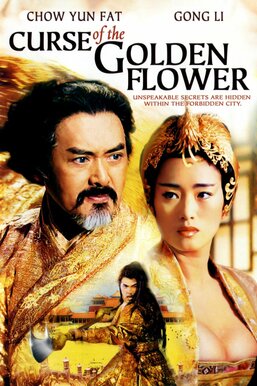 In 928 A.D. a power struggle emerges in the palace of China's emperor (Chow Yun-Fat). A cruel man, he is secretly having his wife (Gong Li) poisoned with a substance that will eventually drive her insane. Meanwhile the empress is having an affair with Prince Wan (Ye Liu), her husband's son from a previous marriage. But the prince secretly wishes to run away with Chan (Li Man), the daughter of the imperial doctor.