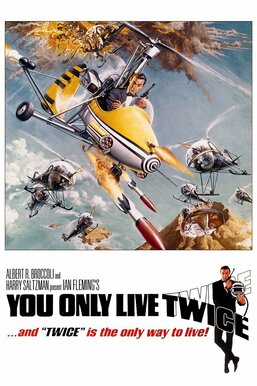 During the Cold War, American and Russian spacecrafts go missing, leaving each superpower believing the other is to blame. As the world teeters on the brink of nuclear war, British intelligence learns that one of the crafts has landed in the Sea of Japan. After faking his own death, secret agent James Bond (Sean Connery) is sent to investigate. In Japan, he's aided by Tiger Tanaka (Tetsuro Tamba) and the beautiful Aki (Akiko Wakabayashi), who help him uncover a sinister global conspiracy.