The Scottish folk hero fights for clan and honor, hunted by vile aristocrats in the 1700s. 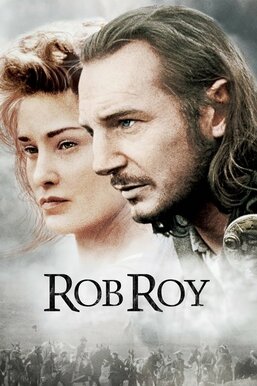 In 18th century Scotland, Robert Roy MacGregor (Liam Neeson) is the head of a proud Highlands clan that herds cattle. Rob takes a one thousand pound loan from the Marquis of Montrose (John Hurt) to feed his people through the upcoming winter -- before his friend MacDonald (Eric Stoltz) can return with the money, he is murdered by swordsman Archibald Cunningham (Tim Roth). Rob is forced to go on the run and eventually confronts Cunningham after he rapes his wife (Jessica Lange).