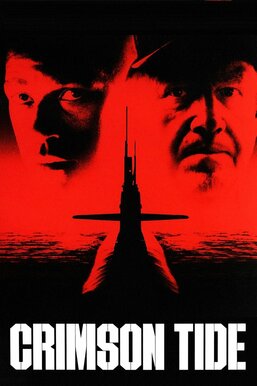 After the Cold War, a breakaway Russian republic with nuclear warheads becomes a possible worldwide threat. U.S. submarine Capt. Frank Ramsey (Gene Hackman) signs on a relatively green but highly recommended Lt. Cmdr. Ron Hunter (Denzel Washington) to the USS Alabama, which may be the only ship able to stop a possible Armageddon. When Ramsay insists that the Alabama must act aggressively, Hunter, fearing they will start rather than stop a disaster, leads a potential mutiny to stop him.