A Scotsman (Mel Gibson) leads a revolt against the English king (Patrick McGoohan). 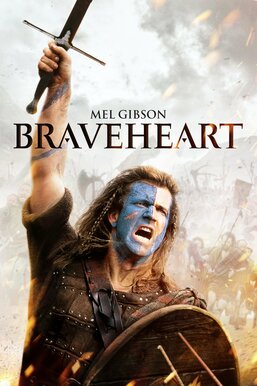 Tells the story of the legendary thirteenth century Scottish hero named William Wallace (Mel Gibson). Wallace rallies the Scottish against the English monarch and Edward I (Peter Hanly) after he suffers a personal tragedy by English soldiers. Wallace gathers a group of amateur warriors that is stronger than any English army.