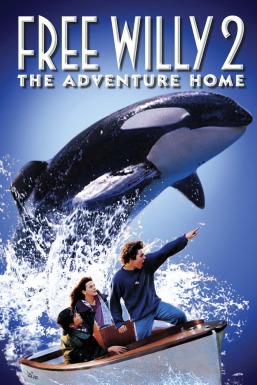 In this sequel to the popular first installment, Jesse (Jason James Richter) is now a teenager living with his adoptive parents (Michael Madsen, Jayne Atkinson) when his half-brother, Elvis (Francis Capra), shows up on the heels of their birth mother's death. When Jesse learns that an oil spill is threatening his old friend Willy the orca, he enlists his crush, Nadine (Mary Kate Schellhardt), and Elvis in an attempt to save the friendly whales from the spill and greedy businessmen.