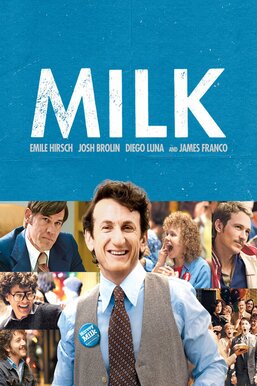 In 1972, Harvey Milk (Sean Penn) and his then-lover Scott Smith leave New York for San Francisco, with Milk determined to accomplish something meaningful in his life. Settling in the Castro District, he opens a camera shop and helps transform the area into a mecca for gays and lesbians. In 1977 he becomes the nation's first openly gay man elected to a notable public office when he wins a seat on the Board of Supervisors. The following year, Dan White (Josh Brolin) kills Milk in cold blood.