President Muffley and his advisers man the Pentagon war room, as bombs head toward Moscow. 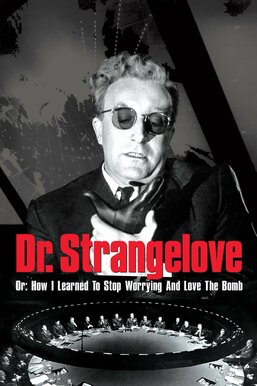 A film about what could happen if the wrong person pushed the wrong button -- and it played the situation for laughs. U.S. Air Force General Jack Ripper goes completely insane, and sends his bomber wing to destroy the U.S.S.R. He thinks that the communists are conspiring to pollute the "precious bodily fluids" of the American people.