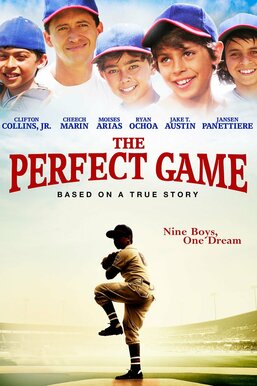 Amid the poverty of Monterrey, Mexico, a ragtag group of boys discovers the joys of sandlot baseball, thanks to the guidance of a coach (Clifton Collins Jr.) who had once hoped to make it in the major leagues. Armed with a dream of playing in the Little League, the boys defy the odds, setting off on an unprecedented winning streak that leads them across the border to America and the 1957 Little League World Series.