Terrified residents of a mining town face what may be the ghost of a pickaxe-wielding killer. 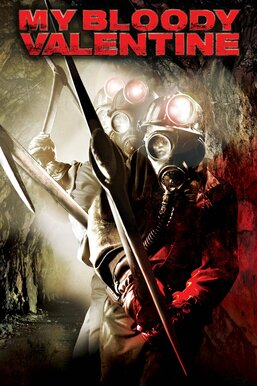 Ten years ago, an inexperienced coal miner named Tom Hanniger (Jensen Ackles) caused an accident that killed five men and put a sixth, Harry Warden, into a coma. A year later, on Valentine's Day, Harry woke up and murdered 22 people with a pickaxe before dying. Now Tom has returned home, still haunted by the past. And something else is back in Harmony: a pickaxe-wielding killer in a miner's mask, who may be the ghost of Harry, come to claim Tom and his friends.