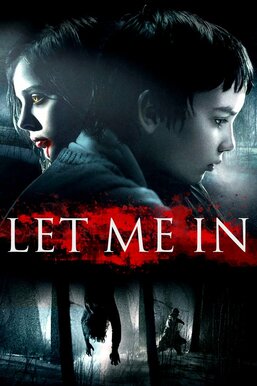 Bullied at school, neglected at home and incredibly lonely, 12-year-old Owen (Kodi Smit-McPhee) spends his days plotting revenge on his tormentors and spends his nights spying on other residents of the apartment complex. His sole friend is Abby (Chloë Grace Moretz), a strange girl who comes out only at nighttime. Both outcasts, the two form a strong bond. When Abby's caretaker disappears amid a series of gruesome murders, Owen begins to suspect that she is hiding a terrible secret.