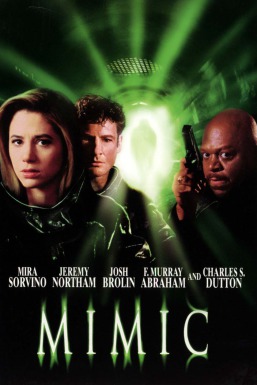 When a cockroach-spread plague threatens to decimate the child population of New York City, evolutionary biologist Susan Tyler (Mira Sorvino) and her research associates rig up a species of "Judas" bugs and introduce them into the environment, where they will mimic the diseased roaches and infiltrate their grubby habitats. So far so good ... until the bugs keep on evolving and learn to mimic their next prey -- humans.