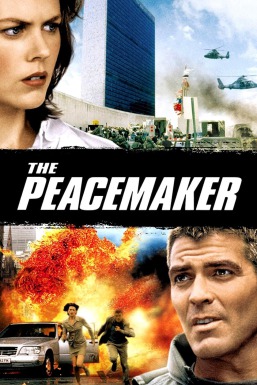 Two trains collide in rural Russia, one of them housing nuclear weapons that go missing after the wreck, and the U.S. government is alerted. Nuclear specialist Dr. Julia Kelly (Nicole Kidman) believes that there will soon be a terrorist attack, so Lt. Col. Thomas Devoe (George Clooney) joins Dr. Kelly as they try to track down the warhead-stealing culprits. They learn that Yugoslav terrorist Gavrich (Marcel Iures) has his hands on the weapons, and he's plotting a devastating attack on New York.