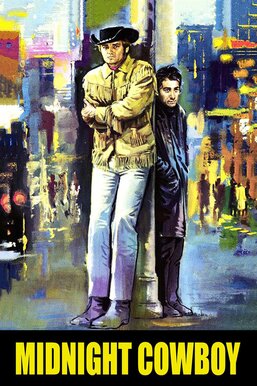 Convinced of his irresistible appeal to women, Texas dishwasher Joe Buck (Jon Voight) quits his job and heads for New York City, thinking he'll latch on to some rich dowager. New York, however, is not as hospitable as he imagined, and Joe soon finds himself living in an abandoned building with a Dickensian layabout named Enrico "Ratso" Rizzo (Dustin Hoffman). The two form a rough alliance, and together they kick-start Joe's hustling career just as Ratso's health begins to deteriorate.