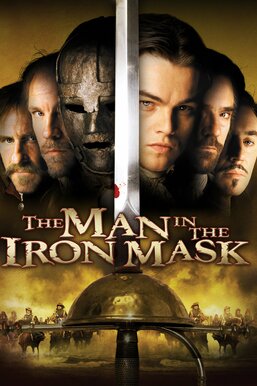 The former musketeer Athos (John Malkovich) swears vengeance after despotic King Louis XIV (Leonardo DiCaprio) causes the death of his son. Summoning his old comrades Porthos (Gérard Depardieu) and Aramis (Jeremy Irons), he hatches a plan to liberate a shackled prisoner rumored to be the king's twin brother, and then install him on the throne. But the three musketeers must also contend with their old friend D'Artagnan (Gabriel Byrne), who has remained in the king's service.