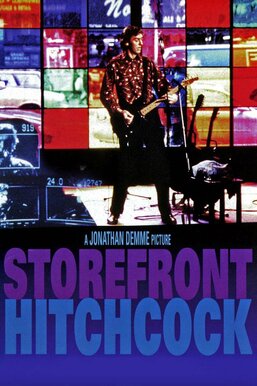 In this film, director Jonathan Demme documents a live performance by Robyn Hitchcock, an English singer-songwriter. Instead of performing in a standard concert setting, Hitchcock brings his music to an abandoned shop in New York City. Before a small audience, Hitchcock plays tunes from his oddly engaging catalog. The intimacy is increased by the lengthy, surreal asides Hitchcock delivers between numbers, while the bustling city streets outside the store are visible throughout the film.