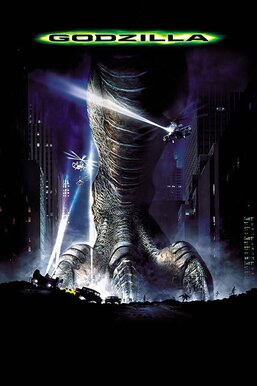 During a nuclear test, the French government inadvertently mutates a lizard nest; years later, a giant lizard makes its way to New York City. Dr. Niko Tatopoulos (Matthew Broderick), an expert on the effects of radiation on animals, is sent by the U.S. government to study the beast. When the creature, dubbed "Godzilla" by news outlets, emerges, a massive battle with the military begins. To make matters worse, Niko discovers that Godzilla has laid a nest of 200 eggs, which are ready to hatch.