Two losers from Milwaukee create a new version of basketball using some rules from baseball. 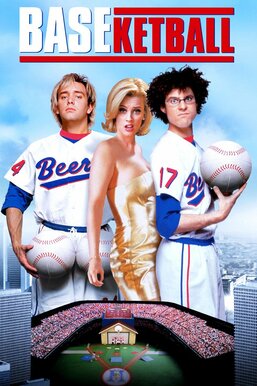 When slacker friends Joe Cooper (Trey Parker) and Doug Remer (Matt Stone) are challenged to a pickup basketball game against some jocks, they counter by proposing to play a game they learned called "BASEketball," which combines basketball and baseball. In reality, they are improvising all of the rules, but somehow the sport becomes a hit. A promoter (Ernest Borgnine) forms a popular league, but after his death a rival owner (Robert Vaughn) wants to change the rules to increase profits.