Animated by a vicious killer's spirit, a battered doll and its mate seek help to regain human form. 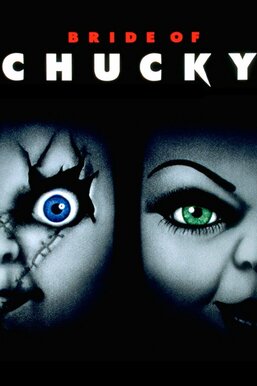 After being cut apart by the police, killer doll Chucky (Brad Dourif) is resurrected by Tiffany (Jennifer Tilly), an ex-girlfriend of the serial murderer whose soul is inside the toy. Following an argument, Chucky kills Tiffany and transfers her soul into a bride doll. To find the magical amulet that can restore them both to human form, Chucky and Tiffany arrange to be driven to New Jersey by Jesse (Nick Stabile) and Jade (Katherine Heigl), who are unaware that their cargo is alive.