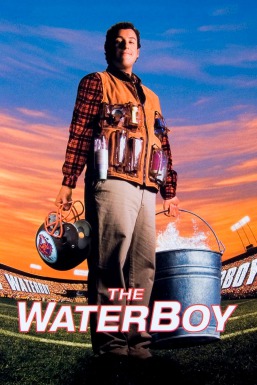 Raised by his overprotective mother, Helen (Kathy Bates), Bobby Boucher Jr. (Adam Sandler) is the water boy for a successful college football team coached by Red Beaulieu (Jerry Reed). When Beaulieu fires Bobby, he takes up the same position for a losing rival team, led by despairing Coach Klein (Henry Winkler). After witnessing Bobby beat up a player who teased him too much, Klein adds him to the roster as a linebacker. Soon, Klein's players are championship contenders.